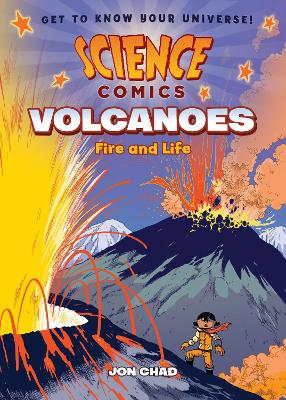 Every volume of Science Comics offers a complete introduction to a particular topic--dinosaurs, coral reefs, the solar system, volcanoes, bats, flying machines, and more. These gorgeously illustrated graphic novels offer wildly entertaining views of their subjects. Whether you're a 4th grader doing a natural science unit at school or a thirty-year-old with a secret passion for airplanes, these books are for you!

This volume: In VOLCANOES, we explore these exciting and explosive vents in the Earth's surface. Along the way readers will learn about lava, tectonic plates, islands and other land masses generated by volcanoes, famous volcanoes, and famous eruptions. Jon Chad's detailed and quirky story-telling style, as found in the Leo Geo series of books, is perfectly suited to bring volcanoes to life. 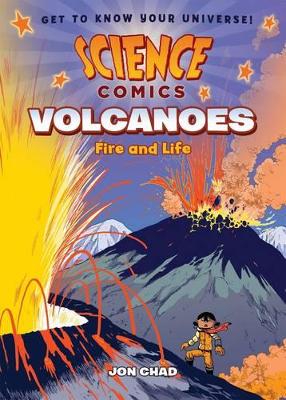 » Have you read this book? We'd like to know what you think about it - write a review about Science Comics: Volcanoes book by Jon Chad and you'll earn 50c in Boomerang Bucks loyalty dollars (you must be a Boomerang Books Account Holder - it's free to sign up and there are great benefits!)

Jon Chad was born and raised in Vermont. After completing the BFA Sequential Art program at the Savannah College of Art and Design, he moved back to White River Junction, Vermont, where he now works at the Center for Cartoon Studies teaching screen-printing and bookmaking. He is the author of Leo Geo and His Miraculous Journey Through the Center of the Earth, Leo Geo and the Cosmic Crisis, and Science Comics: Volcanoes.

A Preview for this title is currently not available.
More Books By Jon Chad
View All