In the second Showtym Adventure, Kelly receives an unbroken pony. Will she gain the confidence to train and ride her?

When nine-year-old Kelly Wilson outgrows her pony, her mum surprises her with a beautiful steel-grey mare that she spotted trotting down the street, tied to the back of a truck. But there's a catch. Cameo has never been ridden!

While her sisters Vicki and Amanda are jumping higher than ever before, Kelly must face her fears on an untested pony. Will Cameo ever be ready for competitions? And will the girls' ponies hold their own against the purebreds at the Royal Show?

A sequel to Dandy, the Mountain Pony, this exciting story of setbacks and success, in which Vicki, Kelly and Amanda Wilson first experience the thrill of serious competition, is inspired by the Wilson sisters' early years. 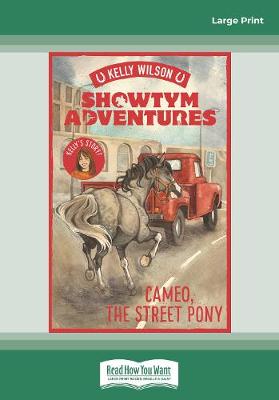 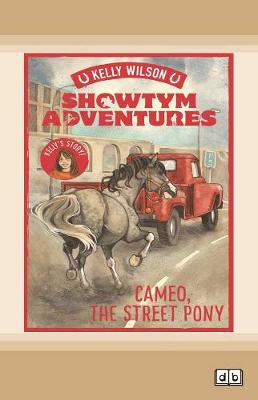 » Have you read this book? We'd like to know what you think about it - write a review about Showtym Adventures 2: Cameo, the Street Pony book by Kelly Wilson and you'll earn 50c in Boomerang Bucks loyalty dollars (you must be a Boomerang Books Account Holder - it's free to sign up and there are great benefits!)

Born in Whangamata, Kelly Wilson relocated to Northland with her family at the age of five. Having grown up around horses, she competed in show jumping to Pony Grand Prix level, before focusing on her creative talents. She won a scholarship to Auckland University of Technology and graduated in 2009 with a Bachelor of Graphic Design, going on to become an award-winning photographer and designer. She is the bestselling author of four adult non-fiction books, For the Love of Horses, Stallion Challenges, Mustang Ride and Saving the Snowy Brumbies, a children's picture book Ranger the Kaimanawa Stallion and a junior chapter book series Showtym Adventures. With her sisters Vicki and Amanda, Kelly has starred in the hit-rating TV series, Keeping up with the Kaimanawas, following their work taming New Zealand's wild Kaimanawa horses, and travelled to America and Australia to rescue and tame wild horses.

A Preview for this title is currently not available.
More Books By Kelly Wilson
View All