Based on the hugely popular Facebook page 'Shit Towns of New Zealand' this is a detailed catalogue of shit towns and cities across Aotearoa. Naturally, the first volume was received as a literary masterpiece, taking home the prestigious Poolitzer Prize, the Poobody Award and the Nobel Prize for Shiterature.

The only people upset by the book were the residents of towns that we had missed out. There was only one course of action: we compiled all the towns and suburbs that should probably have been in the first book, added in a bunch of additional material for Kiwis and visitors alike, and did a number two.

As well as hitting more towns, this book is an opportunity to share some of the eloquent fan mail that we have received from the erudite residents of the towns we have reviewed (names may have been altered).

» Have you read this book? We'd like to know what you think about it - write a review about Sh*T Towns of New Zealand Number Two book by Rick Furphy and you'll earn 50c in Boomerang Bucks loyalty dollars (you must be a Boomerang Books Account Holder - it's free to sign up and there are great benefits!)


A Preview for this title is currently not available.
More Books By Rick Furphy
View All 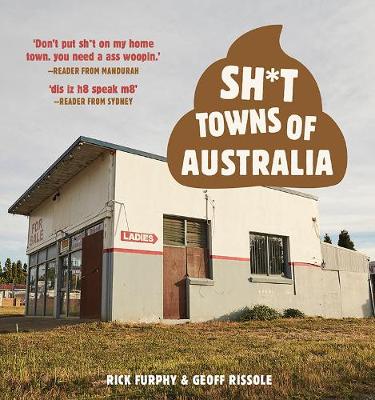