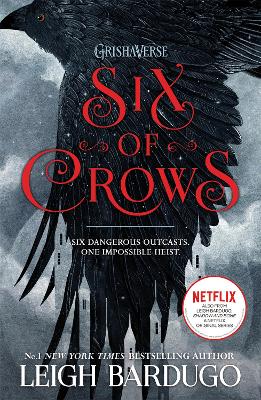 *The Grishaverse will be coming to Netflix soon with SHADOW AND BONE, an original series!*Nominated for the CILIP Carnegie Medal 2017, this fantasy epic from the No. 1 NEW YORK TIMES bestselling author of the Grisha trilogy is gripping, sweeping and memorable - perfect for fans of George R. R. Martin, Laini Taylor and Kristin Cashore. Criminal prodigy Kaz Brekker is offered a chance at a deadly heist that could make him rich beyond his wildest dreams - but he can't pull it off alone. A convict with a thirst for revenge. A sharpshooter who can't walk away from a wager.A runaway with a privileged past. A spy known as the Wraith. A Heartrender using her magic to survive the slums. A thief with a gift for unlikely escapes. Six dangerous outcasts. One impossible heist. Kaz's crew is the only thing that might stand between the world and destruction - if they don't kill each other first.An epic new exploration of the Grisha universe from the writer of SHADOW AND BONE, SIEGE AND STORM and RUIN AND RISING, totally consuming for both old fans and new.

Other Editions - Six of Crows by Leigh Bardugo 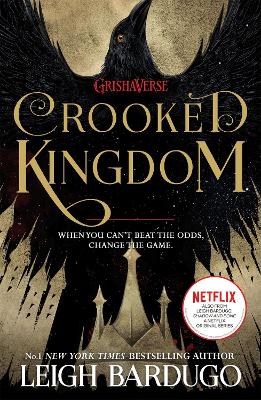 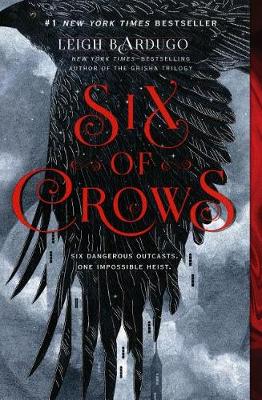 » Have you read this book? We'd like to know what you think about it - write a review about Six of Crows book by Leigh Bardugo and you'll earn 50c in Boomerang Bucks loyalty dollars (you must be a Boomerang Books Account Holder - it's free to sign up and there are great benefits!)

I was worried about this one as I read it well after it became popular and the hype was very high, however it pleasantly surprised me. Is it my favourite ever book? No, but I would definitely recommend it. Plenty of action and intrigue, good fast plot speed and great side-characters make this one a widely popular book. I wouldn't say this is a YA book that is often filled with romance-fueled tropes, however it does have romance in it, but it take second place to the great plot, action and friendships within the group. Can't wait to read number two!

Leigh Bardugo is the #1 New York Times- and USA Today-bestselling author of Crooked Kingdom, Six of Crows and the Grisha Trilogy: Shadow and Bone, Siege and Storm, and Ruin and Rising. She was born in Jerusalem, grew up in Los Angeles, graduated from Yale University, and has worked in advertising, journalism, and most recently, makeup and special effects. These days, she lives and writes in Hollywood, where she can occasionally be heard singing with her band. Find her website at www.leighbardugo.com and follow her on Twitter @lbardugo.

King of Scars: return to the epic fantasy world of the Grishaverse, where magic and science collide
$15.99 $19.99