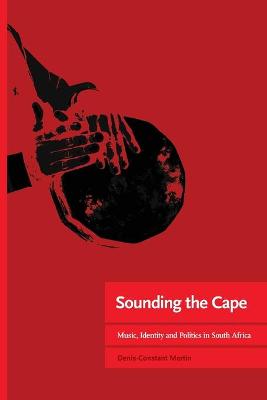 For several centuries Cape Town has accommodated a great variety of musical genres which have usually been associated with specific population groups living in and around the city. Musical styles and genres produced in Cape Town have therefore been assigned an "identity" which is first and foremost social. This volume tries to question the relationship established between musical styles and genres, and social - in this case pseudo-racial - identities. In Sounding the Cape, Denis-Constant Martin recomposes and examines through the theoretical prism of creolisation the history of music in Cape Town, deploying analytical tools borrowed from the most recent studies of identity configurations. He demonstrates that musical creation in the Mother City, and in South Africa, has always been nurtured by contacts, exchanges and innovations whatever the efforts made by racist powers to separate and divide people according to their origin. Musicians interviewed at the dawn of the 21st century confirm that mixture and blending characterise all Cape Town's musics. They also emphasise the importance of a rhythmic pattern particular to Cape Town, the ghoema beat, whose origins are obviously mixed.
The study of music demonstrates that the history of Cape Town, and of South Africa as a whole, undeniably fostered creole societies. Yet, twenty years after the collapse of apartheid, these societies are still divided along lines that combine economic factors and "racial" categorisations. Martin concludes that, were music given a greater importance in educational and cultural policies, it could contribute to fighting these divisions and promote the notion of a nation that, in spite of the violence of racism and apartheid, has managed to invent a unique common culture.

» Have you read this book? We'd like to know what you think about it - write a review about Sounding the Cape book by Denis-Constant Martin and you'll earn 50c in Boomerang Bucks loyalty dollars (you must be a Boomerang Books Account Holder - it's free to sign up and there are great benefits!)

Denis-Constant Martin is an Outstanding Senior Research Fellow of the French National Foundation for Political Sciences, attached to the Centre les Afriques dans le monde (Sciences Po Bordeaux, University of Bordeaux, France). He taught political development at Sciences Po Paris, the sociology of popular music at the University of Paris 8-Saint Denis and political anthropology at Sciences Po Bordeaux. His research focuses on the relationship between culture and politics, and attempts to interpret the social representations citizens have about power systems through the study of their cultural practices. He has published widely on culture and politics, and on the political uses of social identities. For more than twenty years, he has been conducting research in and on South Africa, with a special interest in Cape Town's cultures. He is the author of Coon Carnival: New Year in Cape Town, Past and Present, as well as of several academic articles and volumes on Cape Town's music and festivals.