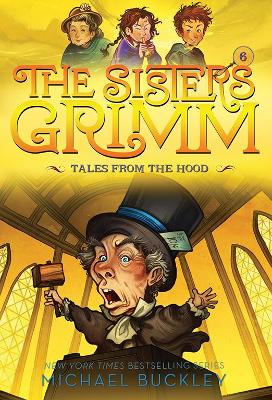 Tales from the Hood (The Sisters Grimm #6)

The nine wildly popular books are favorites around the world. They were among the first books to bring a distinctly girl-power spin to fairy tales - a trend followed by hit television series and movies such as Grimm and Maleficent; the bestselling book series the Land of Stories; and more. Now, books one through six in this smash-hit series appear with new covers, with books seven, eight, and nine available as revised editions soon.

» Have you read this book? We'd like to know what you think about it - write a review about Tales from the Hood (The Sisters Grimm #6) book by Michael Buckley and you'll earn 50c in Boomerang Bucks loyalty dollars (you must be a Boomerang Books Account Holder - it's free to sign up and there are great benefits!)