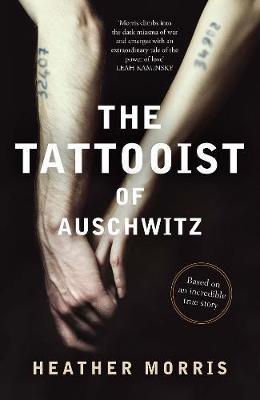 The Tattooist of Auschwitz

Description - The Tattooist of Auschwitz by Heather Morris

The incredible story of the Auschwitz-Birkenau tattooist and the woman he loved.Lale Sokolov is well-dressed, a charmer, a ladies' man. He is also a Jew. On the first transport of men from Slovakia to Auschwitz in 1942, Lale immediately stands out to his fellow prisoners. In the camp, he is looked up to, looked out for, and put to work in the privileged position of Tatowierer the tattooist to mark his fellow prisoners, forever.One of them is a young woman, Gita who steals his heart at first glance. His life given new purpose, Lale does his best through the struggle and suffering to use his position for good.This story, full of beauty and hope, is based on years of interviews author Heather Morris conducted with real-life Holocaust survivor and Auschwitz-Birkenau tattooist Ludwig (Lale) Sokolov. It is heart-wrenching, illuminating, and unforgettable.'Morris climbs into the dark miasma of war and emerges with an extraordinary tale of the power of love' Leah Kaminsky

Other Editions - The Tattooist of Auschwitz by Heather Morris 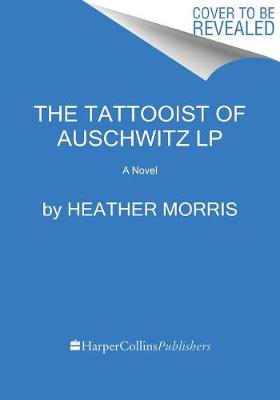 Book Reviews - The Tattooist of Auschwitz by Heather Morris

» Have you read this book? We'd like to know what you think about it - write a review about Tattooist of Auschwitz book by Heather Morris and you'll earn 50c in Boomerang Bucks loyalty dollars (you must be a Boomerang Books Account Holder - it's free to sign up and there are great benefits!)

4 stars The Tattooist of Auschwitz is the first novel by Australian author, Heather Morris. At the age of twenty-five, Ludwig (Lale) Eisenberg, a Slovakian Jew, was transported to Auschwitz. He was tattooed with the number 32407. He was transferred 4km down the road to Birkenau (Auschwitz II) where, possibly due to his multi-lingual knowledge, his grooming and his demeanour, he was assigned to help Pepan, the man who tattooed the arm of each Jew entering the camp.

In July of 1942, he was re-tattooing numbers on Jewesses being moved to Birkenau from Auschwitz when he met seventeen-year-old Gisela (Gita) Fuhrmannova. He knew her only by her number, 34902, although he eventually enticed her given name from her. He soon realised he was in love, and he was determined to survive this horrendous experience so that he could live a free life with his beloved Gita.

Being the Tatowierer afforded him some privileges (more food, better accommodation, no hard labour and free passage around the camp), and Lale used it to advantage. But not just for himself. He was resourceful, and managed to feed some of the starving and get better conditions for a few. He saved lives, even while around him death was common, cruel and copious. On many occasions, his actions put him in danger, and his survival against considerable odds had one SS officer asking if he was a cat.

Morris’s novel is based on a true story, and the way she was given the facts to transform into this story, related in the Author’s note, make an interesting footnote. Also included are some photos of the couple and an Afterword by Lale and Gita’s only son, Gary. The basic facts of their lives are given in the Additional Information section, along with a map of Birkenau. Despite the cruelty and suffering, this is a tale of hope and love: a moving and uplifting read. With thanks to Bonnier Publishing for this copy to read and review.