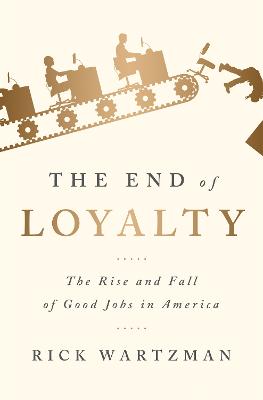 The End of Loyalty

The Rise and Fall of Good Jobs in America

Description - The End of Loyalty by Rick Wartzman

In the current era of intense global competition, advancing technology, weakness in organized labor and a worshiping of "shareholder value," the idea of a corporate social contract in America has become largely a myth. Most big companies seek to minimize their commitments to employees, as job security, pay, healthcare and pensions have all taken a severe hit. The few that invest in worker morale and culture-such as Google-are hailed as bold and innovative. But they don't tend to employ many people.In this richly detailed and eye-opening book, Rick Wartzman shows that for many of America's greatest companies, it wasn't always this way. As WWII drew to a close, General Motors, General Electric, Kodak and Coca-Cola were among the nation's business giants that took responsibility for providing their workers and retirees with an array of social benefits, erecting what was essentially a private welfare state. These companies also believed that worker pay needed to be kept high in order to preserve morale and the quality of their product-as well as keep the economy humming. And, of course, productivity boomed.But it wasn't to last. By tracing the ups and downs of these four corporate icons over 70 years, Wartzman tells the story of the rise and fall of the social contact between employer and employee in America. As the narrative unspools, Wartzman works through the Golden Age of the '50s and '60s, the turbulent years of the '70s and '80s, and the rise of downsizing, outsourcing and instability that characterizes so many current companies. Taken together, these many acts comprise a kind of biography of the American Dream gone sideways.Told with energy and insight, THE END OF LOYALTY shows that capitalism wasn't always the unfettered system that so many grieve about today, and makes the case that it doesn't have to stay that way.

Other Editions - The End of Loyalty by Rick Wartzman 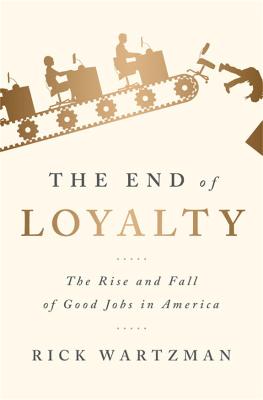 Book Reviews - The End of Loyalty by Rick Wartzman

» Have you read this book? We'd like to know what you think about it - write a review about The End of Loyalty book by Rick Wartzman and you'll earn 50c in Boomerang Bucks loyalty dollars (you must be a Boomerang Books Account Holder - it's free to sign up and there are great benefits!)

Rick Wartzman is a Senior Advisor at the Drucker Institute, where he was Executive Director until early 2016. His books include Obscene in the Extreme, The King of California, and What Would Drucker Do Now? A former writer and editor at the Wall Street Journal and the Los Angeles Times, he currently comments on the future of work for Fortune online. He lives in Los Angeles. 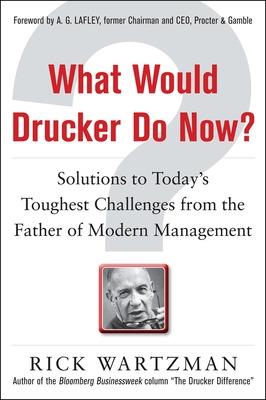 What Would Drucker Do Now?: Solutions to Today's Toughest Challenges from the Father of Modern Management
Hardback, September 2011
$41.36 $45.95 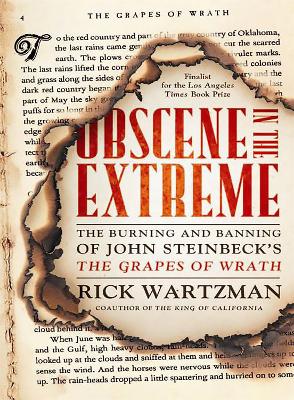