The The Fox / The Captain's Doll / The Ladybird

These three novellas display D. H. Lawrence's brilliant and insightful evocation of human relationships - both tender and cruel - and the devastating results of war. In The Fox, two young women living on a small farm during the First World War find their solitary life interrupted. As a fox preys on their poultry, a human predator has the women in his sights. The Captain's Doll explores the complex relationship between a German countess and a married Scottish soldier in occupied Germany, while in The Ladybird a wounded prisoner of war has a disturbing influence on the Englishwoman who visits him in hospital.

Buy The The Fox / The Captain's Doll / The Ladybird by D H Lawrence from Australia's Online Independent Bookstore, Boomerang Books. 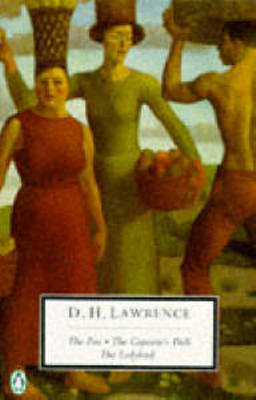 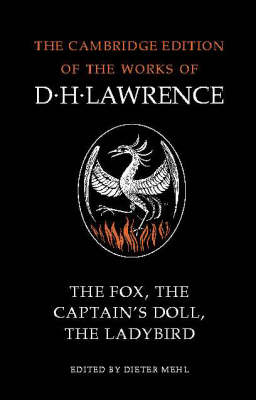 » Have you read this book? We'd like to know what you think about it - write a review about The Fox / The Captain's Doll / The Ladybird book by D H Lawrence and you'll earn 50c in Boomerang Bucks loyalty dollars (you must be a Boomerang Books Account Holder - it's free to sign up and there are great benefits!)

D(avid) H(erbert) Lawrence (1885-1930) English novelist, story writer, critic, poet and painter, one of the greatest figures in 20th-century English literature. Among his works are The White Peacock(1911), Sons and Lovers (1913), The Rainbow (1915) and Lady Chatterly's Lover, first published privately in Florence in 1928. Helen Dunmore is a novelist, poet, short story and children's writer. Her published work includes eight collections of poetry, eight novels and two collections of short stories. In her first novel, Zennor in Darkness, she wrote about D H Lawrence's stay in Zennor during the First World War. A Spell of Winter won the inaugural Orange Prize for Fiction. The Siege was shortlisted for the Whitbread Prize for Fiction and the Orange Prize for Fiction.