Description - The Ruin by Dervla McTiernan

'The Ruin is spectacularly good. So CONFIDENT ... excellently written and, at times, heartachingly sad' Marian Keyes

'Corruption, clandestine cover-ups and criminal conspiracy ... as moving as it is fast-paced' Val McDermid

'Dervla McTiernan's first novel outclasses some of the genre's stalwarts making her a crime writer to watch ... fans of Ian Rankin and Tana French will feel right at home' Bookseller + Publisher (4.5 stars)

Galway 1993: Young Garda Cormac Reilly is called to a scene he will never forget. Two silent, neglected children - fifteen-year-old Maude and five-year-old Jack - are waiting for him at a crumbling country house. Upstairs, their mother lies dead.

Twenty years later, a body surfaces in the icy black waters of the River Corrib. At first it looks like an open-and-shut case, but then doubt is cast on the investigation's findings - and the integrity of the police. Cormac is thrown back into the cold case that has haunted him his entire career - what links the two deaths, two decades apart? As he navigates his way through police politics and the ghosts of the past, Detective Reilly uncovers shocking secrets and finds himself questioning who among his colleagues he can trust.

What really did happen in that house where he first met Maude and Jack? The Ruin draws us deep into the dark heart of Ireland and asks who will protect you when the authorities can't - or won't.

Other Editions - The Ruin by Dervla McTiernan 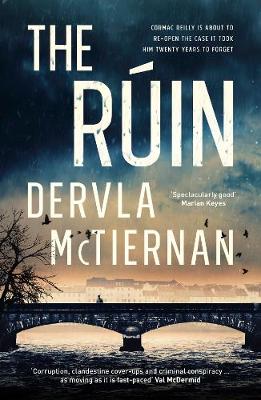 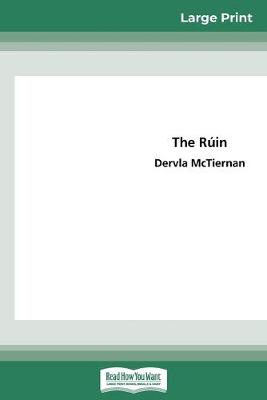 » Have you read this book? We'd like to know what you think about it - write a review about The Ruin book by Dervla McTiernan and you'll earn 50c in Boomerang Bucks loyalty dollars (you must be a Boomerang Books Account Holder - it's free to sign up and there are great benefits!)

5 stars The Ruin is the first novel in the Cormac Reilly series by Irish-born Australian author, Dervla McTiernan. A month after his transfer from an elite Dublin unit to Mill Street Garda Station in Galway, and Detective Sergeant Cormac Reilly is still being lumbered with cold cases to review, instead of any “real” work. But then the supposed suicide by drowning of twenty-five-year-old Jack Blake sees him assigned a very familiar cold case: one he was never able to close.

In February 1993, as a green young Constable, Reilly was sent to the dower house at Kilmore for a probable domestic dispute. What he found was the Blake family: Hilaria Blake, dead from a heroin overdose, five-year-old Jack malnourished and bruised, and fifteen-year-old Maude trying to care for him. Twenty years later, Cormac still vividly remembers the tiny battered boy and his attentive sister, who vanished that day to not be seen again.

Cormac is as surprised as anyone to learn that Maude Blake has turned up, and is apparently questioning the suicide ruling, with some compelling proof. Nor does his grieving girlfriend, Aisling Conroy agree that Jack was at all likely to take his own life. But this is not the case that Cormac will be working.

He is directed to re-examine Hilaria Blakes death, and soon his colleague from his training days turns up testimony implicating Maude in her mother’s death. It becomes clear that several of his colleagues have agendas to which he is not privy, and it becomes difficult to know whom he can trust.

McTiernan’s debut novel is filled with twists and turns and red herrings. Sexual predators, physical abusers, religious paedophiles, rapists and corrupt cops all feature in a plot that builds to a heart-thumping climax. This is brilliant crime fiction and more of Cormac Reilly will definitely be welcome.