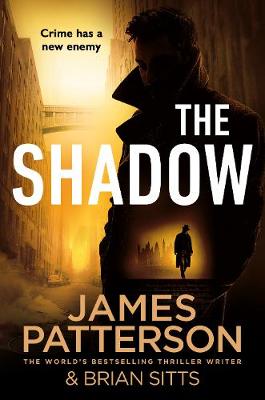 Description - The Shadow by James Patterson

Only two people know Lamont Cranston's secret identity as the Shadow, a vigilante of justice- his greatest love, Margo Lane, and his fiercest enemy, Shiwan Khan. Then Khan ambushes the couple, who find the slimmest chance of survival . . . in the uncertain future.

A century and a half later, Lamont awakens in a world both unknown and strangely familiar. The first person he meets is Maddy Gomes, a teenager with her own mysterious secrets, including a more than passing awareness of the legend of the Shadow.

Most disturbing, Khan's power continues to be felt over New York and its people. No one in this new world understands the dangers of stopping him better than Lamont Cranston. He also knows he's the only one who stands a chance. Lamont must prove that the Shadow is more than just a legend.

Other Editions - The Shadow by James Patterson » Have you read this book? We'd like to know what you think about it - write a review about The Shadow book by James Patterson and you'll earn 50c in Boomerang Bucks loyalty dollars (you must be a Boomerang Books Account Holder - it's free to sign up and there are great benefits!)


A Preview for this title is currently not available.
More Books By James Patterson
View All