New enemies rise and desire burns in the next thrilling novel of the New York Times bestselling paranormal romance series the Black Dagger Brotherhood. Sola Morte, former cat burglar and safe-cracker, has given up her old life on the wrong side of the law. On the run from a drug lord's family, she is lying low far from Caldwell, keeping her nose clean and her beloved grandmother safe. Her heart, though, is back up north, with the only man who has ever gotten through her defenses: Assail, who never meant to fall in love - and certainly not with a human. But they have no future, and not just because she doesn't know he is a vampire, but because he is not about to stop dealing arms to the Black Dagger Brotherhood. Fate, however, has other plans for them. When Assail falls into a coma and lingers on the verge of death, his cousins seek out Sola and beg her to give him a reason to live. The last thing she wants is a return to her past, but how can she leave him to die? As a lethal new enemy of the vampires shows its face, Sola finds herself not only a target, but a mission-critical force in a war she doesn't understand. And when Assail's truth comes out, will she run from the horror . . . or follow her heart into the arms of the male who loves her more than life itself?

Other Editions - The Thief by J. R. Ward 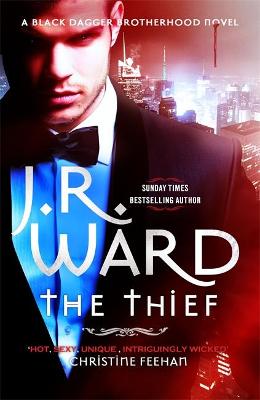 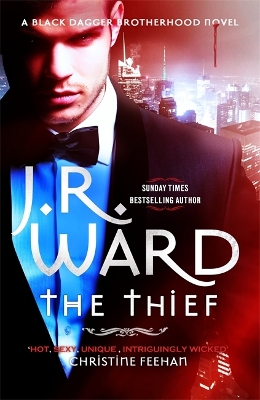 » Have you read this book? We'd like to know what you think about it - write a review about The Thief book by J. R. Ward and you'll earn 50c in Boomerang Bucks loyalty dollars (you must be a Boomerang Books Account Holder - it's free to sign up and there are great benefits!)


A Preview for this title is currently not available.
More Books By J. R. Ward
View All