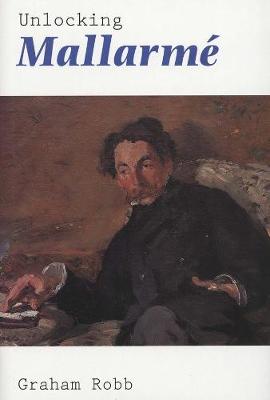 Almost a century after the death of the French poet St??phane Mallarm??, readers still puzzle over his writings, still seek to understand his seemingly impenetrable philosophy. In this highly original book, Graham Robb reveals conclusive answers to the mysteries of Mallarm??. Robb's discovery of a "key" to Mallarm??'s poetry is an exciting achievement that entirely redefines Mallarm?? studies, illuminates large areas of French poetry, both before and after Mallarm??, and opens the way for new interpretations of some of the most complicated poems ever written.

As Robb scrutinized the work of Mallarm??, he discovered that the poet repeatedly used the hundred or so words in the French language that have no rhyme. This discovery, as Robb tells it, "proved to be the first step of a staircase leading to a tomb which had remained sealed since Mallarm?? built it."

It revealed the only perspective from which his poems "made sense"?as allegorical tales of their own creation. The "theme" of the poem turns out to be just one surface of a brilliantly coordinated whole.

In the first part of the book, Robb defines and explores the development of Mallarm??'s approach; in the second he applies the method to specific poems; in the conclusion he suggests ways in which the key might be applied to other poems and poets; and in the epilogue he offers a guided tour through Mallarm??'s famously uninterpretable shipwreck poem, Un coup de d??s. The book reveals how Mallarm??'s self-reflecting, self-destructive work poses, and perhaps answers, the central questions of twentieth-century criticism.
]]>

» Have you read this book? We'd like to know what you think about it - write a review about Unlocking Mallarme book by Graham Robb and you'll earn 50c in Boomerang Bucks loyalty dollars (you must be a Boomerang Books Account Holder - it's free to sign up and there are great benefits!)

Graham Robb, formerly Fellow in French at Exeter College, Oxford, is now a full-time writer. His biography of Balzac was one of the New York Times selections for Books of the Year in 1994. He is currently working on a biography of Victor Hugo.