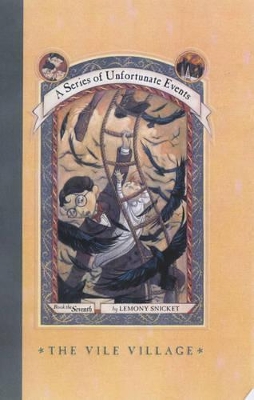 You have undoubtedly picked up this book by mistake, so please put it down. Nobody in their right mind would read this particular book about the lives of Violet, Klaus, and Sunny Baudelaire on purpose, because each dismal moment of their stay in the village of V.F.D. has been faithfully and dreadfully recorded in these pages.

I can think of no single reason why anyone would want to open a book containing such unpleasant matters as migrating crows, an angry mob, a newspaper headline, the arrest of innocent people, the Deluxe Cell, and some very strange hats. It is my solemn and sacred occupation to research each detail of the Baudelaire children's lives and write them all down, but you may prefer to do some other solemn and sacred thing, such as reading another book instead.

With all due respect,

Other Editions - The Vile Village by Lemony Snicket 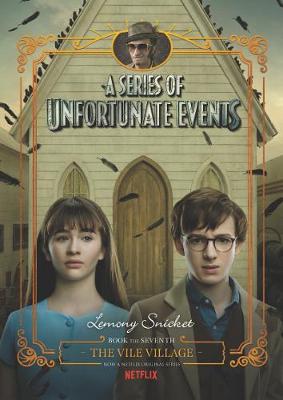 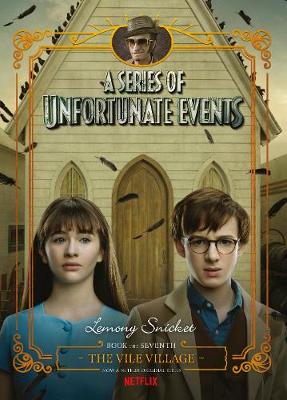 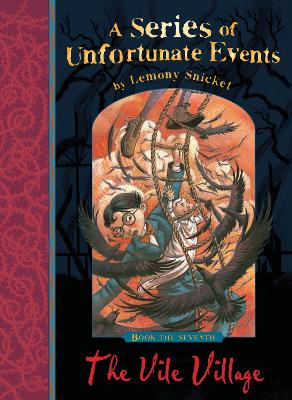 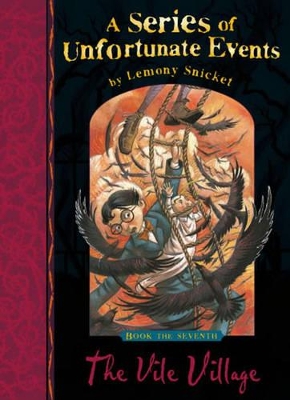 » Have you read this book? We'd like to know what you think about it - write a review about Vile Village book by Lemony Snicket and you'll earn 50c in Boomerang Bucks loyalty dollars (you must be a Boomerang Books Account Holder - it's free to sign up and there are great benefits!)

The Vile Village is the seventh book in A Series of Unfortunate Events by American author, Lemony Snicket (aka Daniel Handler). As we once again join the unlucky Baudelaire orphans, they are sent by their banker, the ever-tussive Mr Poe, to the village of V.F.D under a government scheme based on the aphorism that it takes a whole village to raise a child. Having already suffered the loss of their parents, the threat of marriage, slave labour, hypnosis, a terrible boarding school, being thrown down a lift shaft and the murder of their Uncle Monty and Aunt Josephine at the hands of the evil Count Olaf and his nefarious assistants, the siblings are ever-vigilant of his reappearance. Luckily these well-mannered and uncomplaining children are also very resourceful: Violet invents, Klaus researches and Sunny bites. Snicket’s tone throughout is apologetic, sincere and matter-of-fact as he relates the unfortunate events in the children’s lives; his imaginative and even surreptitiously educational style will hold much appeal for younger readers. Snicket’s word and phrase definitions are often hilarious. This instalment sees the Baudelaires lodged with Hector the Handyman and forced to do chores for the village. But their time with Hector is actually quite good, as Violet works on improving Hector’s self-sustaining hot air mobile home, while Klaus scours the library for loopholes in V.F.D. rules and Sunny bites fallen branches whilst waiting on clues of their friends, the Quagmire Triplets. But they soon fall foul of the many village rules : Detective Dupin throws them into jail and threatens them with burning at the stake. And just who is Jaques Snicket and what was the message about the Baudelaire parents he was prevented from giving them before his murder? Of course Count Olaf and his girlfriend, Esme Squalor are up to their usual tricks. As always, the alliterative titles are delightful and Brett Helquist provides some wonderfully evocative illustrations. What is in store for the orphans now? Doubtless the eighth installment, The Hostile Hospital will reveal all.