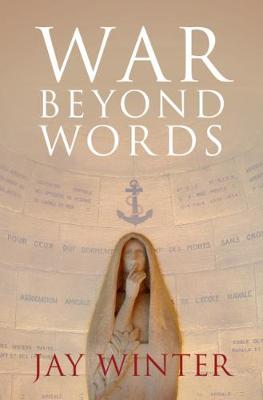 Languages of Remembrance from the Great War to the Present

What we know of war is always mediated knowledge and feeling. We need lenses to filter out some of its blinding, terrifying light. These lenses are not fixed; they change over time, and Jay Winter's panoramic history of war and memory offers an unprecedented study of transformations in our imaginings of war, from 1914 to the present. He reveals the ways in which different creative arts have framed our meditations on war, from painting and sculpture to photography, film and poetry, and ultimately to silence, as a language of memory in its own right. He shows how these highly mediated images of war, in turn, circulate through language to constitute our 'cultural memory' of war. This is a major contribution to our understanding of the diverse ways in which men and women have wrestled with the intractable task of conveying what twentieth-century wars meant to them and mean to us.

Other Editions - War beyond Words by Jay Winter 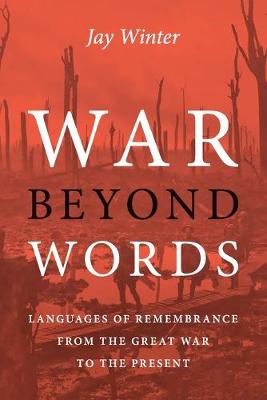 » Have you read this book? We'd like to know what you think about it - write a review about War beyond Words book by Jay Winter and you'll earn 50c in Boomerang Bucks loyalty dollars (you must be a Boomerang Books Account Holder - it's free to sign up and there are great benefits!)

Jay Winter is Charles J. Stille Professor of History Emeritus at Yale University, Connecticut. He won an Emmy award as co-producer of the BBC/PBS television series 'The Great War and the Shaping of the Twentieth Century' (1996), and is a founder of the Historial de la Grande Guerre, an international museum of the Great War inaugurated in 1992. He is the author of Sites of Memory, Sites of Mourning: The Great War in European Cultural History (1995), editor of America and the Armenian Genocide (2008), and editor-in-chief of the three-volume Cambridge History of the First World War (Cambridge, 2014).