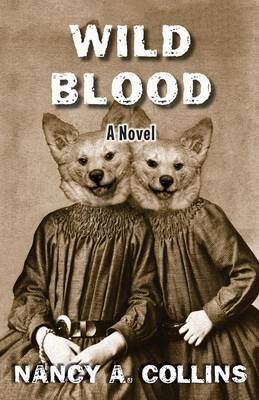 Following the death of his beloved mother, young Skinner Cade discovers he was adopted. Determined to find his true origins, he travels westward from the Mississippi Delta to the deserts of Arizona. There, Skinner learns of Changing Woman, the mysterious leader of the Coyotero who might be his biological mother.

When a misunderstanding with the cops lands him behind bars, Skinner discovers a dark and brutal aspect of himself that he believed existed only in his nightmares: He is not truly human, but a werewolf.

After escaping during a prison riot of his own creation, Skinner crosses paths with a pack of young werewolves, posing as a punk band, who draw him even deeper into a terrifying, monstrous world of bloodlust, murder, and depravity. Will Skinner Cade fight to maintain his humanity, or will he fully embrace his wild blood?

This ebook edition has been heavily revised and updated and is the author's preferred text.

» Have you read this book? We'd like to know what you think about it - write a review about Wild Blood book by Nancy A. Collins and you'll earn 50c in Boomerang Bucks loyalty dollars (you must be a Boomerang Books Account Holder - it's free to sign up and there are great benefits!)

Nancy A. Collins has authored over twenty novels and novellas and numerous short stories, and worked on several comic books, including a two-year run on Swamp Thing. She is a recipient of the HWA's Bram Stoker Award and the British Fantasy Award, and has been nominated for the Eisner, John W. Campbell Memorial, and World Fantasy International Horror Guild Awards. Best known for her groundbreaking vampire series Sonja Blue, which heralded the rise of the popular urban fantasy genre, Collins is the author of the bestselling Sunglasses After Dark, the Southern Gothic collection Knuckles and Tales, and the Vamps series for young adults. Her most recent novel is Left Hand Magic, the second installment in the critically acclaimed Golgotham urban fantasy series. She currently resides in Norfolk, Virginia, with a Boston terrier.