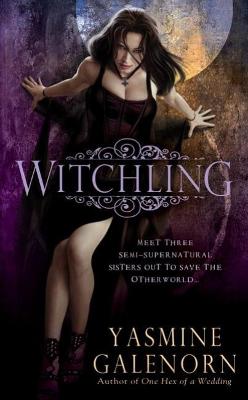 We're the D'Artigo sisters- Half-human, half-Faerie, we're savvy-and sexy-operatives for the Otherworld Intelligence Agency. But our mixed-blood heritage short-circuits our talents at all the wrong times. My sister Delilah shapeshifts into a tabby cat whenever she's stressed. Menolly's a vampire who's still trying to get the hang of being undead. And me? I'm Camille-a wicked-good witch. Except my magic's as unpredictable as the weather, as my enemies are about to find out the hard way . . .
At the Wayfarer Inn, a portal to Otherworld and the local hangout for humans and beasties alike, a fellow operative, Jocko, has been murdered. Every clue points to Shadow Wing, the soul-munching, badass leader of the Subterranean Realms. He's made it clear that he aims to raze humankind to the ground, turning both Earth and Otherworld into his private playground. Our assignment- Keep Shadow Wing and his minions from creeping into Earth via the Wayfarer. The demons figure they're in like Flynn. After all, with only my bumbling sisters and me standing in the way, how can they miss? But we've got a secret for them- Faulty wiring or not, nobody kicks ass like the D'Artigo girls . . .

'Reminiscent of Laurell K. Hamilton with a lighter touch . . . a delightful new series that simmers with fun and magic.'Mary Jo Putney, New York Times Bestselling author of The Marriage Spell

» Have you read this book? We'd like to know what you think about it - write a review about Witchling book by Yasmine Galenorn and you'll earn 50c in Boomerang Bucks loyalty dollars (you must be a Boomerang Books Account Holder - it's free to sign up and there are great benefits!)

Friends and Enemies: Wartime love and loss from the beloved storyteller
Beryl Matthews
$16.99 $19.99
More Books By Yasmine Galenorn
View All