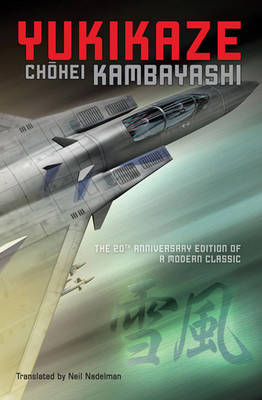 A military scifi classic, by one of the modern masters of world science fiction.

A military scifi classic, by one of the modern masters of world science fiction. Reads L to R (Western Style).

More than thirty years ago, a hyper-dimensional passageway suddenly appeared over the continent of Antarctica. Fighters from the mysterious alien force known as the JAM poured through the passage, the first wave an attempted terrestrial invasion. Their ferocity was unquestionable, their aim unknown. Humanity, united by a common enemy, managed to repel the invaders, chasing them back through the passageway to the strange planet nicknamed "Fairy."

The task of finishing the battle was given to the newly formed FAF, a combat force created to go to Fairy and eliminate the JAM bases once and for all. Now, in the midst of a war with no end in sight, Second Lieutenant Rei Fukai carries out his missions in the skies over Fairy. Attached to Tactical Combat and Surveillance Unit 3 of the Special Air Force, his duty is to gather information on the enemy and bring it back to base-no matter the human cost. His only constant companion in this lonely task is his fighter plane, the sentient FFR-31 Super Sylph, call sign: Yukikaze.


Other Editions - Yukikaze by Chohei Kambayashi » Have you read this book? We'd like to know what you think about it - write a review about Yukikaze book by Chohei Kambayashi and you'll earn 50c in Boomerang Bucks loyalty dollars (you must be a Boomerang Books Account Holder - it's free to sign up and there are great benefits!)

ChMhei Kambayashi was born in 1953. In 1979 he won the 5th Hayakawa SF Contest with his debut work, Kitsune to Odore (Dance with a Fox), and followed that with his first long series, Anata no Tamashii ni Yasuragiare (May Peace Be on Your Soul). His distinctive style and approach, and his thematic focus on the power of language and humanity's relationship with machines, quickly made him a fan favorite. His numerous long and short series have won him the prestigious Seiun Award four times, and in 1999 he won the 16th Japan SF award.